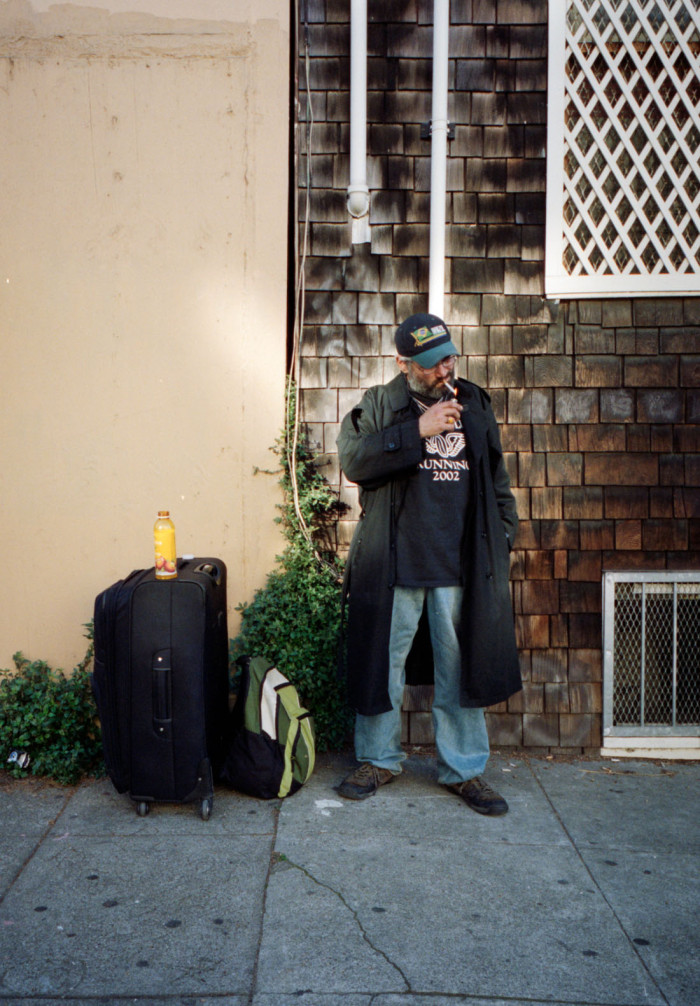 I made a movie about Russell Alexander, who is a poet, a war veteran and has been more or less homeless over the past five years. He lives mostly on the streets of San Francisco and Oakland. When he has money in his pocket, from its very limited welfare benefit, he lives in various shelters.

I met him in San Francisco last month, where he stood on the sidewalk in an alley and hang out all alone. I introduced myself and asked if I could take a photo of him. There was almost something magical about him in the late afternoon sunlight reflected from a window high up on the other side of the street. He reminded me of a pirate, with all its pearl necklaces, earrings and a bottle of booze in his hand and a cigarette in his mouth.

The next 5 minutes, it developed rapidly. He told the most amazing poems and it was mind blowing. He was a true master of this. Before long I had had him convinced that people in Denmark, where I’m from had to hear some of his poems, and he was okay with that I followed him the rest of the day with my video camera.